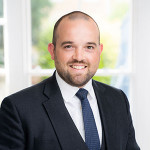 Profile
Andrew has developed a strong reputation in all areas of Family Disputes. He is regularly instructed in complex private and public law cases. He has developed a reputation as a fearless advocate who dispenses with advice in a frank and down to earth manner.

Professional clients can expect Andrew to be a team player, who goes the extra mile and values the importance of working together. Andrew is instructed across all levels of court allocation. He regularly deals with complex physical and sexual abuse allegations, and within the private law sphere has developed a trusted reputation for cases involving complex parental alienation.

Andrew represents Parents, Local Authorities, Children (directly or through their guardian), intervenors, grandparents and divorcees. Andrew without doubt has an ability to get straight to the point, he is a strong negotiator, and a resolute cross examiner.

Andrew has participated as both Appellant and Respondent in many appeal hearings. A number of those appeals have resulted in re-hearings being directed.

Andrew also regularly accepts instructions directly from members of the public under the Direct Access scheme and sees many referrals as a consequence of his successes.

What our clients are saying
Andrew is well known for getting results and having a strong presence in the court room. Known for good communication skills, robust advice, and a forensic cross examiner.

Re CE (2020)
Andrew appeared for a mother, accused of parental alienation as assessed by a psychologist. Andrew was instructed late in the proceedings when a fact find, and welfare hearing were listed. His advice, and representation brought about agreement to the proceedings and resulted in the vacating of the fact find hearing and the child remaining in the care of his client.

Re B (2020)
On behalf of the children, Andrew successfully opposed an appeal brought by the parents and the children were removed into foster care and the conclusion of the appellate process.

Re TE (2020)
Andrew represented a father who faced a number of allegations of domestic violence over a decade. Following the fact find hearing the court found those allegations not proven and went on to find the mother was the aggressor in the relationship.

Re J (2020)
Andrew appeared as junior for a father to the sibling of a murdered child in the High Court. The case involved complex issues of non-disclosure, significant police disclosure, and a forensic enquiry into the conduct of foster carers at the welfare stage.

Re P (2019)
Andrew acted for the children where he sought the transfer of living arrangements of two children who were living with the mother to their father’s care. This was a complex parental alienation case where the mother had previously made serious allegations of abuse against the father. The children were successfully transitioned at the conclusion of the case.

Re H (2019)
Andrew appeared for a mother who made allegations of significant domestic violence and coercive control, including gaslighting and influence of the child. The proceedings had jurisdictional issues and the court ultimately found all the allegations made by the mother proven.

Re RJ (2018)
Andrew represented a father in a parental alienation case who faced twelve allegations of physical abuse against his child made by the mother. The court found none of these allegations proven and went on to find that the mother had alienated the children from the father and that the child was at risk of significant harm in the care of the mother.

Re PD (2018)
Andrew appeared on behalf of the mother and successfully sought an order for no direct contact between a child and her father. The court made the order sought by Andrew following his cross examination of a consultant psychiatrist, community psychiatric nurse, and CAFCASS officer who had all recommended that there be direct contact between the father and the child.

Re HW (2017) On behalf of a father, Andrew successfully appealed the decision of the lower court to make care and placement orders following a final hearing. The appeal consisted of two days of legal argument and was opposed by both the Local Authority and the children’s guardian. The appeal was allowed, and the matter listed for rehearing.

Re EW (2016)
Andrew, acting for a local authority, successfully appealed the decision of a District Judge to adjourn care and placement order applications for a further six months to allow time for the mother to engage in further theory. This was following a fully contested 7-day trial. The appeal consisted of two days of legal argument and was opposed by the legal teams on behalf of the mother and father.

senatehouse2020-11-25T23:29:35+00:00
'Senate House Chambers' has updated its cookie policy. We use cookies to ensure that we give you the best experience on our website. A number of cookies we use last only for the duration of your web session and expire when you close your browser. Other cookies are used to remember you when you return to the Site and will last for longer. » Find out more about cookies » Change your cookie settings By clicking "OK" or clicking into any content on this site you agree to allow cookies to be placed. we'll assume that you are happy to receive all cookies on our website. OK
Go to Top