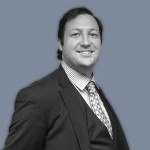 Criminal law:
Dominic’s background in private criminal practice has led to a strong emphasis on client care, both in respect of instructing solicitors and lay clients. He is known for his direct and up front approach which finds much favour among those he represents and has been commended by clients and Judiciary alike for his ability to dissect a case to its key issues to cogently lean juries to his views.
Upon being called to the Bar in 2008 (having specialised in criminal and family law), Dominic practised within one of the largest criminal firms in the country, developing his skills as a trial advocate in the Crown Court. He also undertook work in the family courts dealing with matrimonial finance cases.
As experienced trial advocate, Dominic has represented clients in relation to many serious criminal offences including S18 GBH, conspiracy to import class A drugs, arson with intent to endanger life, serious football violent disorder and £1bn MTIC fraud.
Dominic Joined chambers at the beginning of 2015 and further strengthened his bow undertaking prosecution work on behalf of the Crown Prosecution Service and private prosecutions. Dominic is a grade 2 prosecutor on the Midlands and South East circuits and having the ability to get into the mind of his opponent only adds to his advocate’s armoury.
Public Access Scheme:
Dominic is able to take instructions under the Public Access scheme

Interests:
Dominic has a keen interest in sports, continuing to play Sunday league football for his hometown club and attending various sporting events. Dominic also enjoys the arts and when not performing in the courtroom likes nothing more than a trip to the theatre.

senatehouse2020-02-05T18:11:41+00:00
'Senate House Chambers' has updated its cookie policy. We use cookies to ensure that we give you the best experience on our website. A number of cookies we use last only for the duration of your web session and expire when you close your browser. Other cookies are used to remember you when you return to the Site and will last for longer. » Find out more about cookies » Change your cookie settings By clicking "OK" or clicking into any content on this site you agree to allow cookies to be placed. we'll assume that you are happy to receive all cookies on our website. OK
Go to Top